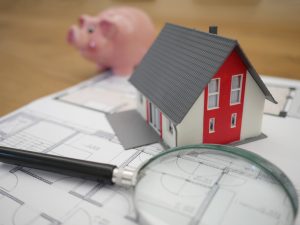 Private school fees are paid for out of discretionary household income. That is, for most parents, they are making a choice to spend any ‘spare’ money on non-government school fees over something else like a new car, a holiday, investing into shares or simply saving the money for a rainy day. They can access school for free (or relatively little) but some opt to allocate their spare cash toward the education of their child. We note this is not always a private school, it may be the child attends a public school but still receives private tuition in one or more subjects or activities.

Private schools versus their public peers

Even excluding select-entry schools, public schools equal or outperform private schools with similar ICSEA rankings. The article includes a detailed table showing Victorian schools’ VCE results for similar or “like” private and public schools, their median scores and percentage of 40+ scores, (only 9% of students will get a score on or above 40), total government (federal and state) funding per student as shown on the MySchool website, and Year 12 fees found on individual school websites.

So is non-government schooling a good investment remembering that families make a significant contribution on top of government funding. In fact, even on 2014 figures, the majority received 90-95% of the funding received by similar public schools. When it comes to Year 12 funding in 2018, private schools on average outspend public schools by almost A$8,000 per student to achieve a similar result. The average Year 12 fee in public schools is A$753 compared to A$12,374 in private schools.

Some food for thought for parents. To read more visit The Conversation.

Disclosure: Dr Zyngier is a vocal advocate of public schooling and is the founder of The Public Education Network of Australia. At Schoolapedia, we firmly believe school choice is a decision for families and aim to assist parents with making an informed decision. We also acknowledge some families do not have the privilege of choice and therefore access to a quality education regardless of geography or demography is vital for an equitable society.