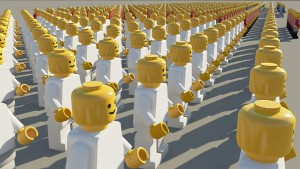 This week a number of News Australia papers in the eastern states ran a story about ‘Shopping for ‘good’ public schools’ and the link to this behavior reinforcing the equity gap. The article quoted a paper published in December  last year in the Journal of Education Policy by Emma E Rowe and Christopher Lubienski. At the time, we read the research with interest and noted the title ‘Shopping for schools or shopping for peers’ was a pretty accurate, if sobering, summation of the paper.

It is a little frustrating, six months on, to read the news article and note how it tap dances around the real issue outlined in the research paper – middle class parents choosing schools for their children not necessarily because they are ‘good’ based on evidence or fact but rather that they are ‘good’ because the school ‘looks like them’.

“The most sought-after public high schools and their strict catchments are creating a worsening cycle of segregation, effectively locking out poor students and giving wealthy families almost exclusive access to their “better” local schools, research reveals.”

This is an odd statement to make about the Australian school system as the majority of public schools have zones so that all children in that local area can attend their local school. It is true that some suburbs are more affluent than others but this shouldn’t mean that a child receives a sub-standard education or schooling experience. Luck of birth should not determine your school options in future life. And nor is it the public school’s fault that it is located in a ‘wealthy’ suburb rather than a ‘poor’ one. Public schools are built to service their local communities and no public school should aim to ‘lock out’ students.

That the ‘sought after’ schools are perceived as being ‘better’ is, according to the research, not based on rational choice and evidence of effectiveness but on socio-demographic indicators. Parents tell themselves they are picking a school for educational values and outcomes but the truth may be a little harder to hear. They are likely picking peers for their children based on an outmoded idea of what ‘good peers’ should look like.

If diversity in the workforce is a highly valued commodity by employers and if society continues to become increasingly multi-cultural, then exposure from an early age to ‘all’ Australians would seem to be a great selling point for schools. And yet the evidence points to enough middle class parents wanting homogeneity rather than diversity. This results in schools in the same zone being tagged as ‘popular’, ‘rejected’, or ‘balanced’ via the notion of a largely socially constructed ‘school-of-choice’ perception.

If ‘good’ and ‘bad’ schools are perceived to exist in a given catchment area this is more likely to be an expression of the gap between those in Australia blessed with economic good fortune and those who are not. This is recognised by Chris Presland, the president of the NSW Secondary Principals’ Council who was quoted as saying “One of the greatest challenges this country faces is the lack of equity between higher socio-economic families and lower. This [research] shows that issue transcends public and private schools but is within public schools too.”

The article goes on to say that parents with high socio-economic status will bypass schools in their local area with greater concentrations of lower socio-economic parents to one that has more parents ‘like them‘ – effectively creating a ‘white flight’ or segregation within a zoned area. Public schools within these zones often exacerbate the problem by taking ‘better’ students who live out of the zone, even if the school is already at capacity. This could be avoided if the schools, and respective state governments, enforced zone and capacity rules.

The private system – Independent and Catholic – cops the brunt of negative commentary around selection and exclusion but it is naive to think that public schools are immune to this practice too. Some are certainly powerful enough to engage in a little bit of ‘school stacking’ in spite of any rules, regulations or agreements that may exist.

“Particular parts of the population can’t access certain public high schools. The gap between the well-resourced schools and the less-resourced schools is growing, which is problematic for educational equity and access.”

The article seems to imply that if only the ‘better’ public schools took in some of the poorer students then all would be well. This, of course, is totally at odds with the idea of free, secular, public schooling of a high standard available to any child, anywhere, in Australia.  Parents should not need to move away from their less-resourced local school to access the ‘better’ one. Children should not have to enter a lottery to be one of the ‘lucky’ ten percent to be given access to these ‘better’ institutions. Surely we should be arguing for the local school, no matter which suburb it is located in, to be adequately resourced?

Finally, the news article says the Australian education policy agenda ‘pushes and promotes parents to avoid low-performing schools, and be active and engaged in choosing the ‘best’ school‘. This is at the heart of it all.  School choice is not made in isolation from other societal inputs. As long as the message of the day is one of ‘insiders’ and ‘outsiders’ then we will see parents continue to make decisions that exclude and isolate others, often out of fear, anxiety, or ignorance, not ill-intent.  The research notes that most interview participants had not visited the school/s they had rejected. The only parent who did so stated that ‘I was surprised when I visited [the school] ….it wasn’t as bad as I thought it would be.’

Visit your local school, not just the one that everyone tells you is ‘the best one’. Walk around, listen to the children, watch the teachers, ignore the buildings, pay attention to the hum and energy. You might be surprised at the richness and colour of a diverse local school experience – giving that to your child could be the best gift of all.