Imagine it’s budget night. The Treasurer steps up and announces that instead of spending $1B for a coal mine that 93% of us don’t want, the Government has opted to fully fund the education of every school student in Australia. No more school fees. A burden lifted from families. Parents can still have choice, schools can still have choice. Sound like a pipe dream? Not according to analysis carried out by Chris Bonnor and Bernie Shepherd. Their recent paper, The Vanishing Private School, outlines that the cost of such a move would likely be around $1B. It’s just a matter of priorities – the past or the future. 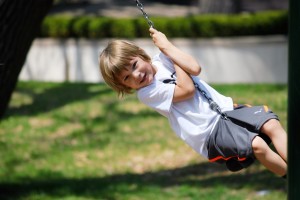 In aftermath of the Gonski 2.0 announcement the Catholic sector has come out swinging. Amidst arguments about who services the most disadvantaged students or who has the greater grip on fairness, it is the hoary threat of a tsunami of all 750,000 Catholic students flooding the public system should the funding formula change that intrigues me the most. The ghost of Goulburn past, chains rattling and imminent destruction threatening, is brought back into service to put fear and doubt into the minds of already anxious parents and politicians.

For those unfamiliar with history, almost 55 years ago, on Friday July 13, 1962, six Catholic schools in Goulburn threatened to close over the cost of a toilet block. Fed up with the lack of government support, the diocese closed the schools and told parents to instead enrol their children at their local public school. The public system only had 640 spots for the 2000 or so that applied and so a point was made.

The problem is that what was true in 1962 is not true in 2017. Over the almost six decades that have passed since then, we, the public, have invested heavily into all school sectors through increased funding and additional capital works and program grants. There is no need to strike today over the price of a dunny. The work of Bonnor and Shepherd shows that most private schools are essentially funded by the public purse. They argue that even at 2014 figures, the majority receive 90-95% of the funding received by similar public schools. 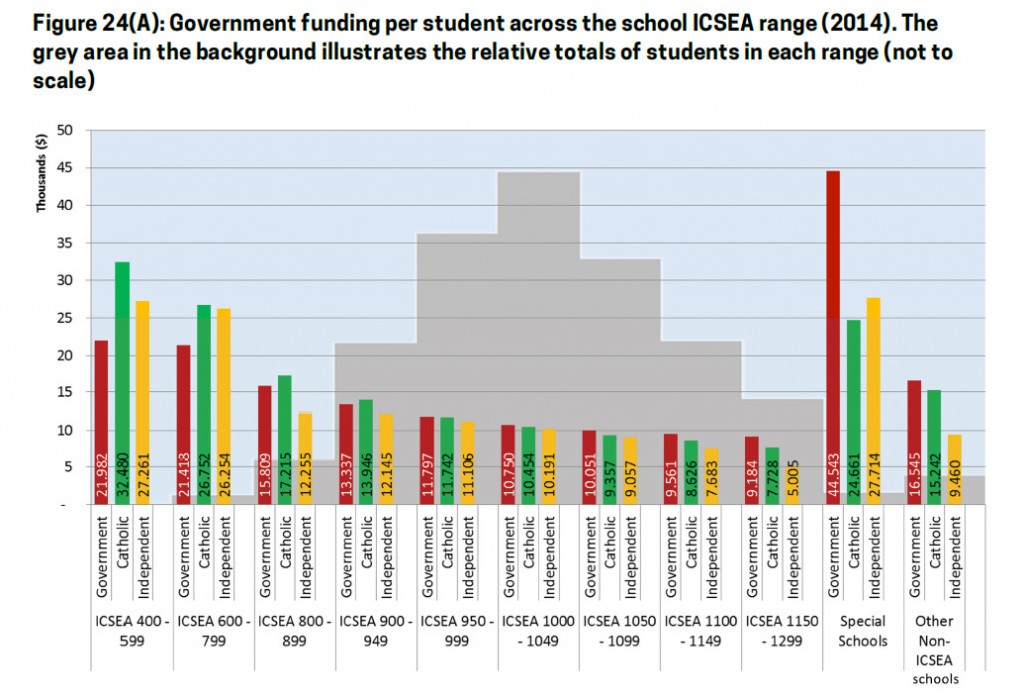 Bonnor and Shepherd, The State of Australia’s Schools

Two thirds of all schools operate in an Index of Community Socio-Educational Advantage (ICSEA) zone of 950 to 1150; the average Government School has an ICSEA of around 985, the average Catholic school is around 1045 and the average Independent school is around 1070. To bring all schools in this range (950 – 1150) to the same funding level as public schools would only require an increase of $135M. To roll this out to all schools across the entire ICSEA range would require a measly 4.5% increase on existing expenditure. The cost in dollars? $1.9 billion.

So how does the Treasurer get to the $1B figure? Well, just under 5% of students in Australia attend non-government schools with an ICSEA range greater than 1150. Overseas evidence tells us that it is feasible these schools would prefer to receive the considerable fee revenue from parent contributions rather than a lowered government funding rate. It is equally likely that parents in these schools will continue to support a high fee, truly independent schooling choice even if it comes at a slightly increased cost. This would free up just over $900 million based on current funding and bring us to one billion dollars and fully funded education for all (or mostly all).

It might not be a perfect solution but surely, it’s a more interesting, and inspiring, conversation to have than the current partisan, agenda rich, PR spins by vested interests and shouty adults.  For those who immediately jump to ‘no’ I would ask you to instead imagine a starting point that began with ‘don’t worry about the money’ and that at its heart carried the voice of our children, those that actually attend our schools.

Our brilliant, passionate, imaginative, and capable young people should be the true measuring stick of a ‘good’ school. Imagine if we were brave enough to not just trust them but to listen to them as well? What do they want? What would they change? Who better to bring the schools of the future to life than the young people experiencing them? Disruption is the name of the game today, maybe it’s time the old rules of yesterday changed.  I’d pay a billion dollars to see that….